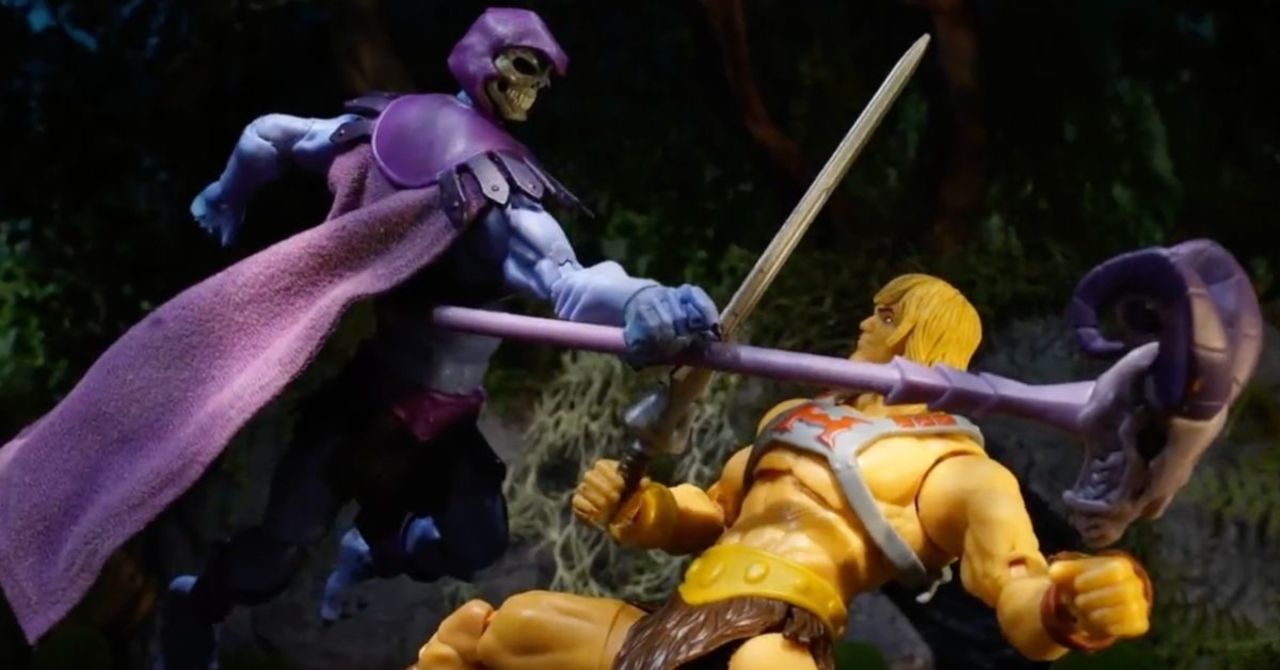 Mattel released a cool stop-motion animated fight to help celebrate the fact that Masters of the Universe: Revelation can now be found streaming with Netflix! After a lot of anticipation and build-up, the rebooted version of the classic 1980s animated series returned to screens earlier this summer and featured a whole new take on He-Man and the rest of Eternia. This included not only a huge change in tone from that original series, but also a change for each of the characters. Designs that have been immortalized in a new collection of action figures released alongside the debut of the animated series.

As part of a cool way to highlight not only the animated series but the new figures, Masters of the Universe: Revelation shared a cool new promo that sees He-Man, Skeletor, and Evil-Lyn fight before Moss Man steps in to help He-Man during this epic fight. All done entirely with stop-motion animation using the Mattel figures themselves, it’s a cool new take on the franchise that you can check out below:

Everyone needs a Moss Man in their corner.
Masters of the Universe: Revelation is now streaming on @netflix! #ThePowerReturns pic.twitter.com/Kfckxi31NQ

– Masters of the Universe (@MastersOfficial) September 4, 2021

Masters of the Universe: Revelation Now airing its first five episodes with Netflix, a release date has yet to be set for the second part of the animated series. Produced by Mattel Television and Netflix, hosted by Powerhouse Animation, with Kevin Smith as showrunner, the series features a cast that includes Mark Hamill, Lena Headey, Chris Wood, Sarah Michelle Gellar, Stephen Root, Diedrich Bader, Henry Rollins, Tony Todd, Kevin Conroy, and more.

Evan Valentine of ComicBook.com reviewed the first five episodes of the series (which you can find here) and said the following about his debut: “Smith and his company are really diving head first into the Eternia story with this new series, exploring many territories that are sure to satiate die-hard fans while helping to attract new viewers … At its heart, Masters of the Universe: Revelation is a love letter to the world of Eternia from Kevin Smith and his team, and it’s a letter definitely worth reading. “

This is not the only novelty Masters of the Universe project hitting Netflix, but what do you think of this stop-motion fight? How did you like Revelationthe first five episodes so far? Let us know all your thoughts on this in the comments! You can even contact me directly about all the animated stuff and other cool stuff. @Valdezologie on Twitter!