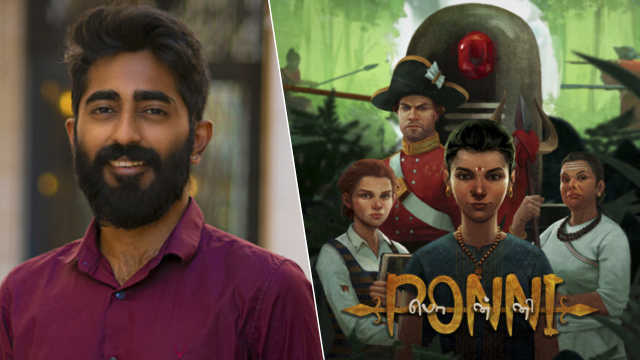 Ponni will serve as inspiration for change in animation, says filmmaker Sibi Naayagam

Director Sibi Naayagam’s short film Ponni is an impressive undertaking. The Tamil Project was conceived and shot while the writer-director was in the School of Film Arts at the University of Southern California (USC) and produced in conjunction with his production division.

It tells the story of an extraordinary young girl, Ponni, at the end of the 18th century who fights and defends her village against British troops. Pavithra Lakshmi lent her voice to the courageous teenager while Bianka Kureti’s performance serves as the basis for Ponni’s on-screen movements. Likewise, Meera Krishna voices her mother, Raajamma, who is hosted by actress Amber Hameed.

Sibi co-wrote the screenplay with Gwydhar Gebien and Sean Roldan provided the score for the 14-minute short. The filmmaker, who hopes to release the film soon, detailed Ponni’s long but useful journey via email, talking about the challenges he faced and the lessons he learned.

The creator of the ambitious project, which used cutting-edge technology, hopes to win over audiences and set a standard that others could follow. The film is currently in post-production.

Your next Ponni animated short is based on stories you heard as a child. Did they also inspire you to become a filmmaker?

I believe these stories sowed the seed in me to be a storyteller and helped my imagination to grow. But I would say that the greatest inspiration for being a filmmaker came from the conversations between my father and his friend, Mr. Palanivasan. They were very passionate about movies, and both would have many hours of talking to analyze a recently released movie. Growing up listening to them inspired me to become a filmmaker.

Who or what made you decide to become a writer-director?

When I was about 10 years old, I remember getting so bored with one of the classes that I pulled out my draft and started writing a few pages of a story. It was about a bored schoolboy who is saved in a magical world. Writing these escape stories from reality continued to be my savior during boring class. But the turning point came in my sophomore year of engineering school, when I wasn’t happy with what I was learning and really wanted to do something I enjoyed. What better path than the one that has fascinated me since my childhood? I specifically wanted to be a writer-director because I wanted to lead the creative team and bring to life all these universes that I have built in my imagination. I also enjoy taking on leadership positions and the immense responsibility that comes with such a position.

How was the journey between a writing task and the production stage?

It was definitely an amazing trip, even in pre-production. Once I knew I wanted to make this short, I had to find a way to actually do it. At that time, only the big studios had access to the technology I wanted to use and there was no previous student project that I could draw inspiration from. This meant that I had to come up with new workflows adapted to the resources to which I had access. Also, I needed to convince the university to provide the support for this, like the motion capture space. The fact that there hadn’t been such an ambitious project in college before meant that once I got the go-ahead I had the pressure to set a happy precedent so that future filmmakers wouldn’t. be rejected from such an enterprise. It took over a year of pre-production with a lot of obstacles, but my teachers and friends have been extremely supportive throughout. They made my dream come true.

What was the most difficult challenge for you while making the short film?

Any movie will have its hurdles, but the chances of something going wrong increase with increased reliance on technology. With Ponni, we relied on new technology that was very powerful but lacked large-scale testing and tended to break at unexpected times. As a filmmaker, there are issues you can plan for and there are issues you don’t even know exist. Even though it took a while, I eventually always found solutions to our technical issues, but the pandemic was a different issue. We had to completely shut down our post production for many months and when we resumed we had to improvise and work from home as none of the facilities were open yet. Overcoming these struggles and staying motivated throughout was the hardest challenge for me on this short.

Ponni involves both the involvement of qualified technicians and cutting-edge technology. How were you able to streamline the two to bring the short film to life?

One of the experienced technicians who was helping me told me that I seemed to have the talent to surround myself with great artists and technicians. Maybe so, but I firmly believe that it was the novelty of what I was trying to do and the content of the film that attracted these great people. I’ve always believed that my role as a director is to present my vision to the many brilliant creatives working on the project and to let the vision evolve with their contributions as well. I simply have to orient our collective choices towards the same goal.

And working with high-end technology, despite its problems, is a lot of fun. All I had to do was divide the work between us, letting each one be in charge of a certain aspect of the film. It’s been uncharted territory for just about everyone involved, so believing and working to bring this short to life is certainly a huge and heartwarming effort. The result of all this collaboration is a better film than I could have imagined. 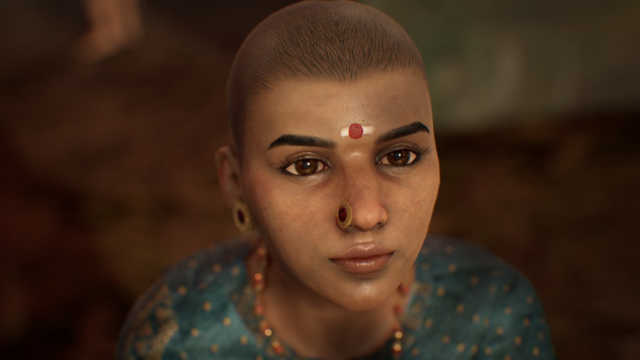 What were your greatest lessons on this project?

I learned a lot about making an animated film with this new workflow and I feel confident to call myself an expert in using this technology which has led me to be a advise for students who use it. But there were some important learnings overall that I’m going to continue with me, like finishing a movie at the right time is far more valuable than taking too long trying to make a perfect movie. Be brave to say enough, cut corners, and be okay with imperfections. It’s good to be ambitious but it is important to plan and schedule a production well to avoid being exhausted because a tired filmmaker will not always make the right choices.

In India, animated films are considered children’s rates. Can Ponni change this notion?

Sure, he will. Traditional animation is a time consuming process and the budget and resources to make an animated film that engages adults has not been achievable in India. With this revolutionary new technology that is forcing even Hollywood studios to change their approach to filmmaking, animated films have become very accessible and achievable in high quality with much less resources than before. We will see an animation boom in the world, especially India, in the coming years and I think Ponni, with his content and creative process, will serve as an inspiration for this change.

What are your plans to release the short film?

From now on, we are planning to submit Ponni to film festivals and after that we hope to put him on a streaming platform for audiences to see. We are very happy to share this movie with everyone as soon as possible!